I have taken this class a few times before, however, this was the first time it was being held in an indoor range so birdshot was not allowed to be shot. We were going to shoot only 00 buck and slugs all day, I took some Ibuprofen as we were unpacking our gear. I got a new Beretta 1301 semi-auto shotgun and had never fired it so this was going to be a shakedown day for my new shotty.

Ben Introduced himself thanked everyone for being in class and said we were going to have a ball shooting shotguns today. You could see his enthusiasm and his love for his job on his face. We went around the group introducing ourselves, our previous training and what we wanted to get out of the class. I had taken this four other times over the past few years, I wanted to smooth out my reloads, get my shotgun manipulations honed and pressure test my new 1301.

We had our safety briefing, identified medical personnel within the student body. Ben talked us through the range orientation, what to do if there was a training accident and medical services were needed. People were given jobs in the unlikely event something happened. Who to call, the correct words to say and the words do not say to the 911 operator. Using a blue gun Ben explained the parts of the shotgun how and where to properly mount it for the least amount of damage to our body. He showed us correctly how to use the shotgun as a blunt force weapon if we have run out of ammo and how effective it was. We had a discussion of how effective a shotgun was for home defense and the amazing destruction it offers. He paraphrased a quote from Clint Smith, “…Pistols put holes into people, rifles put holes through people and shotguns remove body-parts of people…” We talked about the political ramifications of using a shotgun vs “assault weapon” a made-up term by the media in this part of the country. No one is coming for the shotgun (YET…) and how it is looked at as your grandfather's gun, not an evil killing machine. Things to consider.

We started off with unloaded guns at the 10-yard line, Ben showed us the different positions we were going to use on the range. He demoed how to load one correctly into the ejection/ loading port both overhanded and underhanded. We were given each five dummy rounds and practiced loading both directly into the ejection/loading port and feeding the magazine. It was at this point I realized my 1301 must have had a dowel or something in the magazine tube. I was only able to load three in the tube. When we were done with the dummy rounds I took a minute to try and remove the dowel. I unscrewed the mag cap and tried to get the recoil spring out, I did not have the proper tools and Ben shook the gun and we heard nothing. HMMMM. The class was waiting on me so I said FUCK IT, I’ll do it later at home and I will run with a 3+1.

We moved to the 15-yard line filled out dump pouches with 00 Buck and loaded one in the ejection/loading port. BOOM! We looked at the patterns on our targets and had a discussion on how different shotgun and different ammo patterns differently. Ben went handed out Federal Flight Control 00 Buck to everyone and we patterned our targets again. MUCH TIGHTER group on all targets. An interesting note was the same model shotgun shooting the same load will pattern differently. Weird, Ben showed us this with 2 of his 870s. For each of your shotguns, you need to pattern the load independently.

We stepped up and loaded two, shot two and then three. I could not get the third shell in my tube, what the heck was going on? I had loaded three dummy rounds in the tube a few minutes ago, it was not allowing me to get more than two at this time. I was getting frustrated when I was fucking with it earlier the dowel must have shifted or something. I put it against the wall and grabbed my 590. The first thing I immediately noticed was how much HEAVY it was in my arms. WOW!

We shot from standing, kneeling, rested kneel, double kneeling and sitting. We learned how to turn safely with the gun and engage the target. Face left, Face right and about-face. All throughout the morning, we were constantly being reminded to FED THE MACHINE. Keep topping off - adding more shells in the magazine. “..If you are not shooting, you should be loading Ben would be reminding me…” We seemed to be always shoving shells into the magazine every opportunity we had.

We broke for lunch Ben hung out chatting with students during the lunch break. He is very personable and approachable. After lunch, we loaded up and shot one-handed and then loaded our pouches with slugs. AHHH YES! Love those huge bullets. Heavy recoil! BIG BIG FUN! We shot slugs at various distances and demonstrated they can be used for a precision shots at intermediate distances. The range we were on was only 25 yards and we were making quarter-sized holes in 1.5" boxes. BIG SMILES all around.

We learned how to safely move forward, backward, up and down to knees, sitting and back up to our feet with a loaded gun and shot on the move while paying attention to the other shooters on the line while at the same time feeding the beast with shells. Man, that gun gets heavy as your moving and port loading a lot.

The drill that stands out in my memory was the rolling thunder-last man standing drill: first-person would fire 5 shots, the next person would then fire 5 rounds. Down the line, until the last person fired. Person number one would have to have the gun loaded and fire his 5 rounds. If your gun was not fully loaded by your next time up, you were out.

We cleaned up the range and sat down for a debrief. We were sore, tired but all happy faces…. We went around the group finding out what people liked, learned and did not like about the class. We all seem to have LOVED the class and no one had a bad thing to say about anything. This was a fun class. I love Ben’s teaching style. I had taken this class before, and it seemed to be completely different and new skills to be learned. We did a few of the same fundamental drills in the morning but the afternoon was all different from the previous shotgun classes I have taken with Ben.

I really liked Ben. He is super knowledgeable, skillful, funny, humble and sometimes appropriately inappropriate. As the day goes on his jokes go downhill. He is a down to earth dude, that is easy to talk to fun to be around. Ben cares about his students and he takes the individual time to adjust us when we need an adjustment. Ben walked the line and gave everyone personalized attention and modification where needed. [I have taken classes where the instructor yells at you and sometimes humiliates you in front of the class if you are not doing something exactly correct. Ben is not one of those instructors. If you need to be adjusted or corrected he does it respectfully and treats you like a human being. NOT ALL INSTRUCTORS are like this.]

I think Ben DeWalt and OnSight Firearms Training is one of the best training companies and best-kept secrets within the training community. Absolutely take his class if you have the opportunity.
## 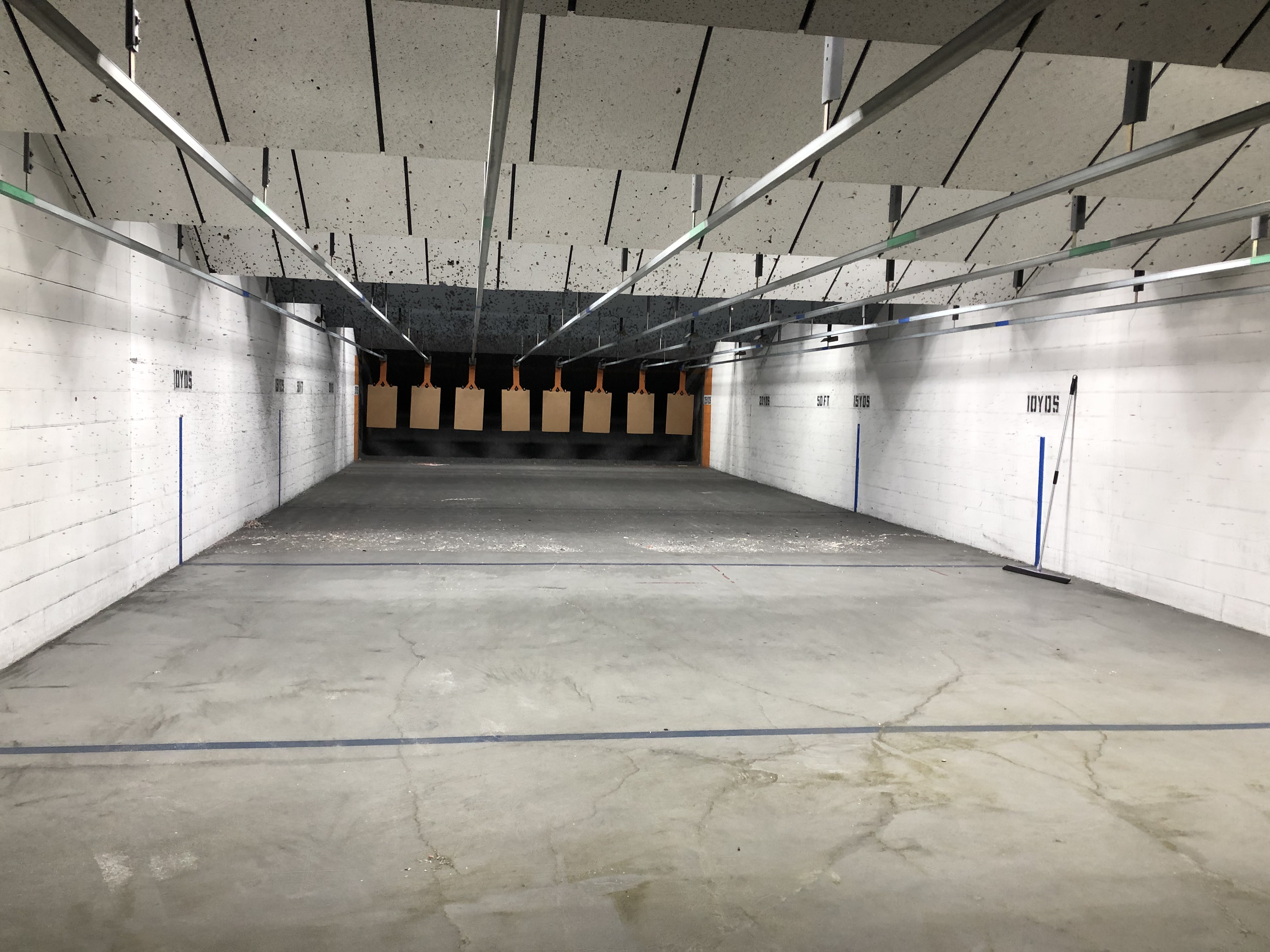 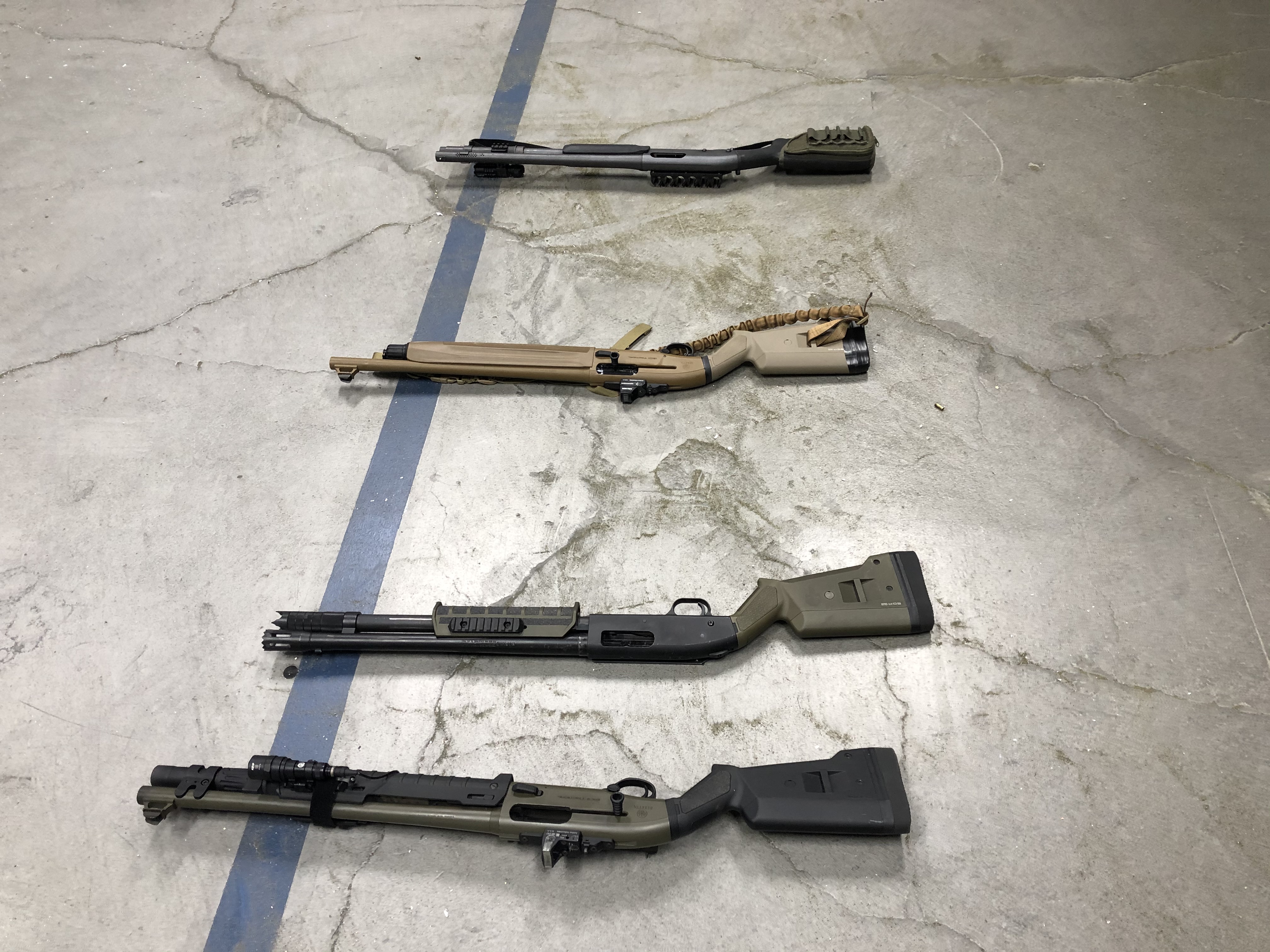 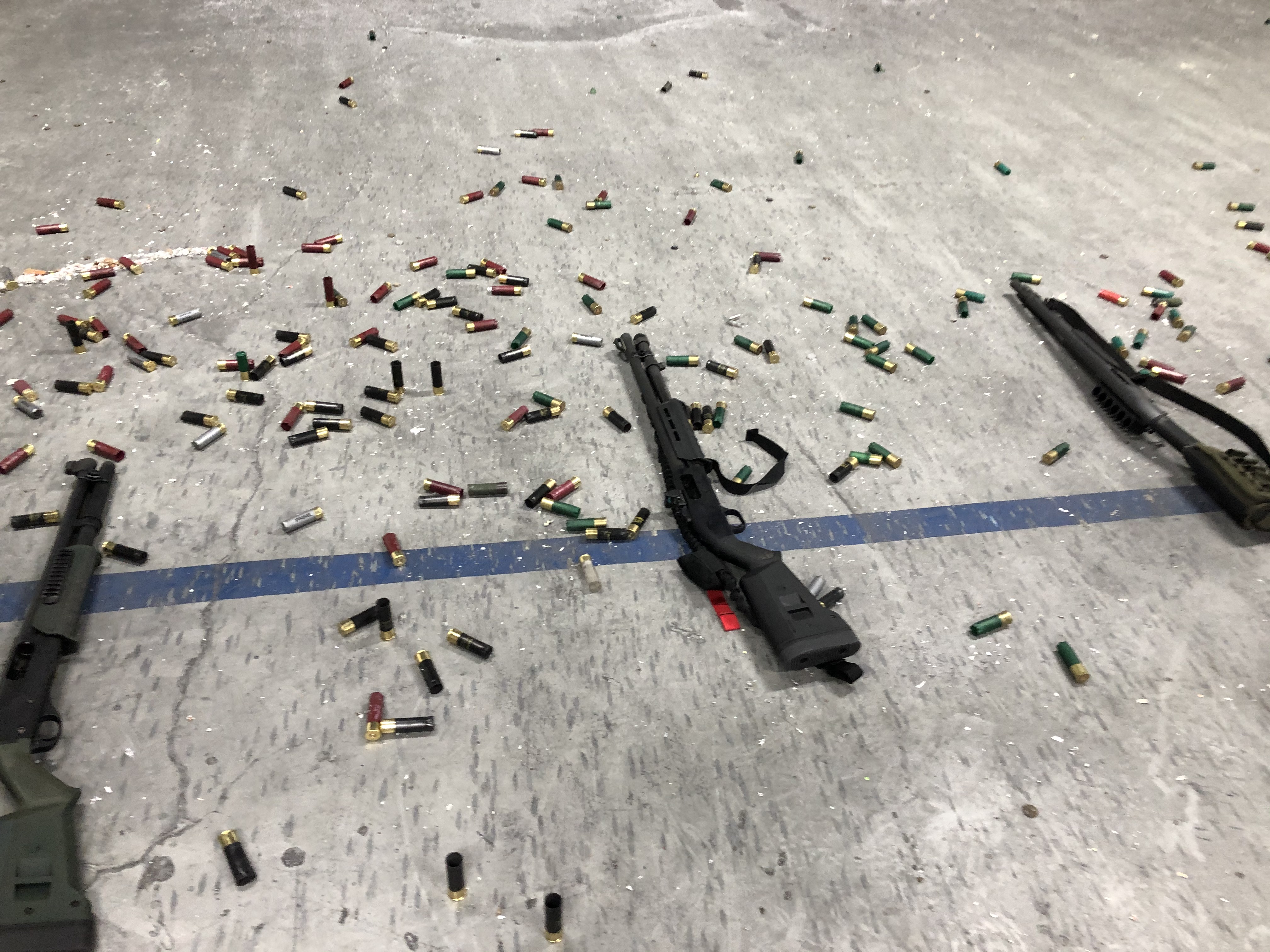 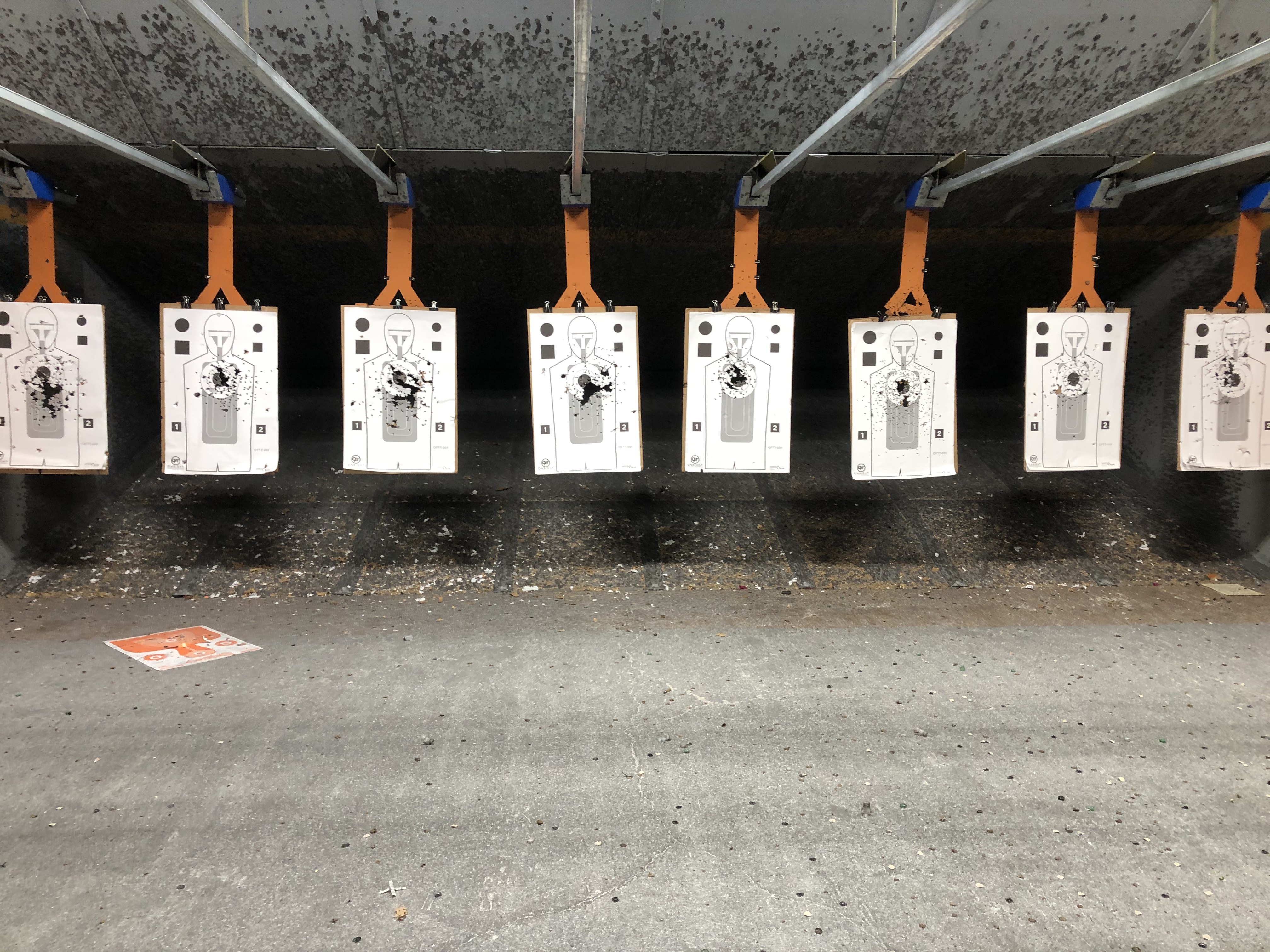 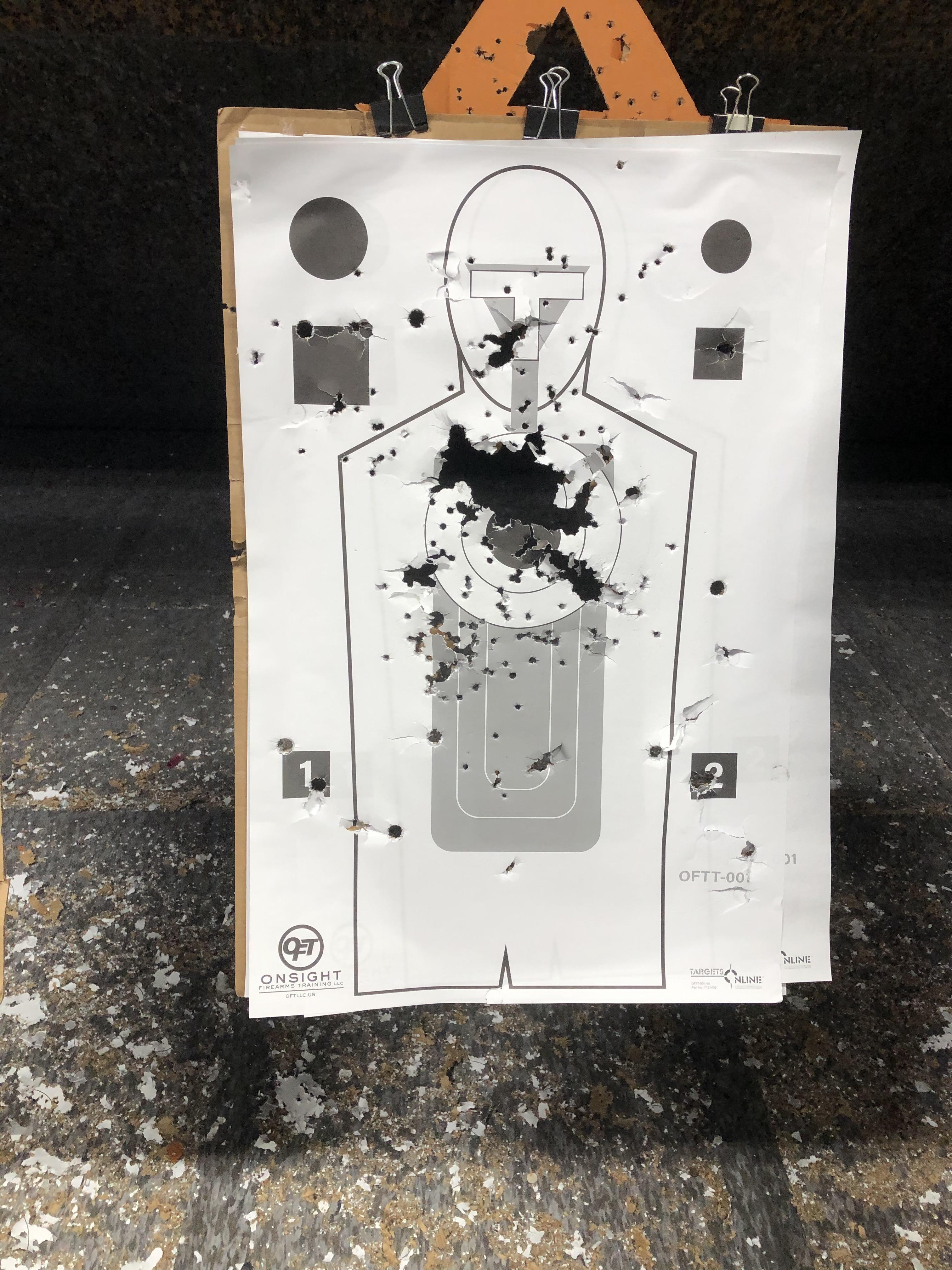