The legislation is being proposed amid a renewed focus on hate crimes in the state and around the country. The alleged gunman who opened fire at a shopping center in El Paso this month is believed to have written an essay decrying non-white immigrants entering the country.

“Theres now a different type of domestic terrorism which is this hate-inspired mass murder,” Cuomo said in the interview with Long Island News radio, “which has nothing to do with a foreign entity.”

So what would this bill say. Say if I don’t agree with letting illegal immigrants into the USA does that make me a terrorist? So now differing political views can make you a terrorist. Don’t get me wrong if you write a manifesto online saying your going to kill a bunch of people you should be investigated and be evaluated if you should be able to get a gun. Man this country is getting scary. Not sure I even know the USA anymore.

It means there will be even more monitoring of gun forums and other online Outlets were people go and vent frustrations. They will take vented frustrations from gun owners as terroristic threats and use their newly found domestic terrorism, and red flag law to strip every one of their guns.

Be ready, it's coming.

And why is nobody tabling the question:

How well did your Safe Act "Mandatory Registration" work out?

Write all the laws you want, make as many law abiding citizens into criminals you want...

Won't change the fact that you're a schmuck!

So now anyone who opposes cumo is a domestic terrorist. Got it.

Us extreme conservatives have no place in the state of ny blah blah blah....

Cooolone said:
And why is nobody tabling the question:
Click to expand...

Celt said:
It means there will be even more monitoring of gun forums and other online Outlets were people go and vent frustrations. They will take vented frustrations from gun owners as terroristic threats and use their newly found domestic terrorism, and red flag law to strip every one of their guns.

Question .. What is the definition of a hate crime .. ? Anything the left wants it to be ... One is looking at the same thing here ... What will get you flagged ... ? One only has to look to Germany , The former Soviet Union , and China in the past and see who was sent to the mental hospitals...

VIII. THE FALUN GONG: NEW TARGETS OF PSYCHIATRIC ABUSE
The authorities in the former Soviet Union employed political psychiatry against a wide range of different types of people: political dissidents, religious sectarians and spiritual nonconformists, ethnic nationalists, labor rights activists, and Jewish people seeking emigration to Israel, among others. In China, the principal known target of such treatment since 1949 has been political activists of various kinds, together with a variety of people accused of "disturbing public order," such as petitioners, complainants, "whistleblowers" and "litigious maniacs." Our current lack of detailed information on individual cases does not, however, necessarily mean that people of other types and categories, similar to those seen in the former Soviet case, have not also been subjected to compulsory psychiatric treatment and hospitalization in China. For example, several cases of Chinese labor activists being dealt with in this manner have just recently come to light. Since the latter part of 1999, however, it has become abundantly clear that religious sectarians now also form a major target of politically repressive psychiatry in China.241

In April 1999, a hitherto obscure though numerically large spiritual community in China calling itself the Falun Dafa (Great Wheel of Buddha's Law) or Falun Gong (Cultivation of the Wheel of the Law)242 staged an unannounced peaceful protest demonstration outside Zhongnanhai, the main Communist Party leadership compound in central Beijing. According to reports, more than 10,000 practitioners from the group, whose devotional activities center on the practice of a traditional form of Chinese physical and mental exercises known as qigong, took part in the silent, day-long vigil.243 The source of their dissatisfaction was an escalating campaign of official criticism of the Falun Gong movement, and of its leader, a middle-aged former government official named Li Hongzhi. The public demonstration was the largest held in China since the Tiananmen protests of May 1989, and it apparently caught the government's security services completely by surprise. A flurry of official condemnations quickly followed, but no overt action was taken against the Falun Gong until July 19-20, when dozens of the group's leading organizers and practitioners were suddenly arrested by police in the middle of the night. Two days later, and thus retroactively, as far as those already detained were concerned, the government announced that the Falun Gong was a proscribed organization and that it was to immediately cease all activities throughout the country.244 Since then, tens of thousands of practitioners nationwide have been detained, arrested, sent to jail or labor camps for periods of several weeks or years, or formally charged and sentenced to terms of up to 18 years' imprisonment.245 As of November 2000, reports indicate that more than seventy detained practitioners have died as a result of torture or severe ill treatment at the hands of the authorities.246 Despite this harsh campaign of governmental repression, thousands of Falun Gong practitioners have continued, on an almost daily basis, to travel to Beijing and other major cities to stage peaceful protests against the continuing crackdown; they are invariably arrested within moments and carted off to police holding centers to await their punishment.247

The most distinctive aspect of the government's protracted campaign to crush the Falun Gong, aside from its sheer scope and brutality, has been the flood of reports that began emerging in the latter half of 1999 indicating that large numbers of the group's detained practitioners were being forcibly sent to mental hospitals by the security authorities.248 By late 2000, overseas Falun Gong support groups had documented well over a hundred such cases where the names and other details of the victims were known, while overall estimates of the total number dealt with by the authorities in this way had risen to around six hundred. These various reports have not yet been independently confirmed by international human rights groups or similar organizations, and instances of factual error or misreporting may eventually come to light, however, there is presently no reason or evidence for doubting their overall veracity.249 Certainly, numerous Western journalists who have witnessed police raids on Falun Gong demonstrators, in Beijing and elsewhere, have frequently reported seeing detainees being severely beaten up in front of their own eyes, so there is no grounds for believing that such people receive any more humane treatment after their removal from the public arena.
Dangerous Minds

The Falun Gong were persecuted for a form of yoga or exercise the state didn't agree with. That's insane.
F

I was going to say something but have decided to stop posting and scrub all my posts! With like a rag or something!
We are already on a list, called handgun permit holder.

because you can just legislate away violence.

That is just a fucking euphemism for suppression of conservatives. That piece of shit is already ignoring the Dayton shooter was a leftist and ANTIFA supporter.

Admins, can we get a "throw red flag" emoji?

I'm only kidding. We should get a "throw red flag" emoji, and add them to the counts with posts, likes, and trophies.

Isn't domestic terrorism the FBI's job? Who gave monkeyface the ability to do so?

With the idiot Biden actually out front, it just shows how much even the democrats dislike the herd of fools. Cuomo is shooting for the white knight position, to will ride in and save the party. All those trips to Israel and Puerto Rico, not to mention NY tax spent there. He's trying to look presidential. As pathetic as it seems, you can trust big media to give it legs when the time arrives.
Robin

"The alleged gunman who opened fire at a shopping center in El Paso this month is believed to have written an essay decrying non-white immigrants entering the country."

I'm pretty sure I didnt read anything in his essay regarding "non whites".

FUAC told us to leave the state .. were not welcome here .. did he just make a law to arrest his own ass 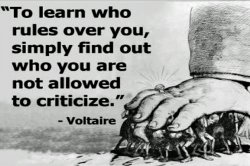