As I wait for my permit and continue to keep looking into different pistols I'm wondering if some of the members with experience could give your opinion. I have around a 1K budget for a new pistol. Not looking for a EDC. Just plan on targeting so I guess accuracy is what I'm looking for. Two of them I'm looking at are Springfield 9mm 1911 Ronin and the Sig P320 X5 legion 9mm.

I will definitely handle them first but I don't know anywhere I can "rent" different handguns to try them first. So having zero experience its not really ideal. I'll just continue to try and educate myself during the wait time.

Thanks for any insight.

Something with a nice long sight radius, a little mass good price, 9mm. Beretta 92FS, good for medium large hands. Mass sucks up recoil so it's a powder puff to shoot. Not a EDC handgun, good house and range gun. You can get them with and without Trijicon night sights.

Renting is not an option. Holding one is not even an option in most cases, unless your FFL breaks the law.

My pistol suggestion for you:

The Walther Q5 Match M1 is based on the PPQ platform and features what many are calling the best trigger on a striker-fired handgun. 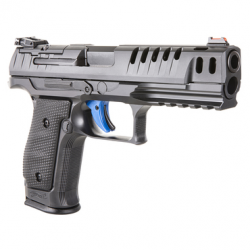 Thank you for the suggestion. Sharp looking pistol for sure. Being new I've never heard of them. Off to research and watch some videos. Thanks again..

Fatherofthree said:
Thank you for the suggestion. Sharp looking pistol for sure. Being new I've never heard of them. Off to research and watch some videos. Thanks again..
Click to expand...

I played with one at my gun shop. The trigger was unbelievable. Smoothest thing I've ever felt. We passed it around to some other guys that were there, and everyone that pulled the trigger just smiled and laughed it felt so good.

The Sig 320 X5 Legion has really grown in popularity with competitive pistol shooters. I switched over to this platform last season after shooting Glock for years. The price tag will fit in your budget, and being 9mm ammo will be plentiful and reasonable.

It's sounds like you're looking for a relatively high-end production gun for target shooting in 9mm, and the three guns that I'd currently recommend most for that have already been mentioned here..,.well, maybe I'd add an STI into that mix.

Out of those three though, my personal preference would be the CZ Shadow 2. (Actually it would be a CZ TS or TS Czechmate for top target pistol , but you're talking about double and triple the budget there and the Shadow 2 is for production division competition). I'd recommend handling all three (X5, Q5, S2), testing out the triggers, and seeing what feels best for you.

Thanks for all the suggestions. I really appreciate the feedback. Think I focus my research on the Q5 and 320 x5. Reading tons of reviews and watching you tube videos I'm really leaning towards the Q5 .
Last edited: Mar 6, 2020

Of the 2 you are focusing on consider aftermarket support. The Sig will give you more options. 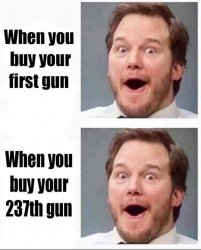 Buy once, cry once.

the American P210 target is also amazing!
(AND has the mag release where god intended it to be!)

some may disagree but I love the p320 xcarry. Would be a great first pistol imo.

Taurus G2C with a