Chris Hayes: “People congregated to pay tribute to him, to call for accountability for his death, and to play their violins in his honor. And then Aurora police basically recreated the dynamic of McClain's death.”

Does anyone know if there's a second story to the one presented? As shown, this version it seems someone was in the wrong.

"Police dispatched to park to break up violins protest"?

Location
The 'Hood In The Northern Wood

Sorry, not contaminating my 'puter with PMSNBC - I'd rather piss ground glass.

It does look pretty one sided and as such looks bad for the police. Almost as if the vidio has been edited and staged?

They only showed what they wanted people to see. I bet there was a whole lot more video to see.

Police say they were throwing rocks and bottles before the incident dont know if its true but it seems to fit the lefts MO. 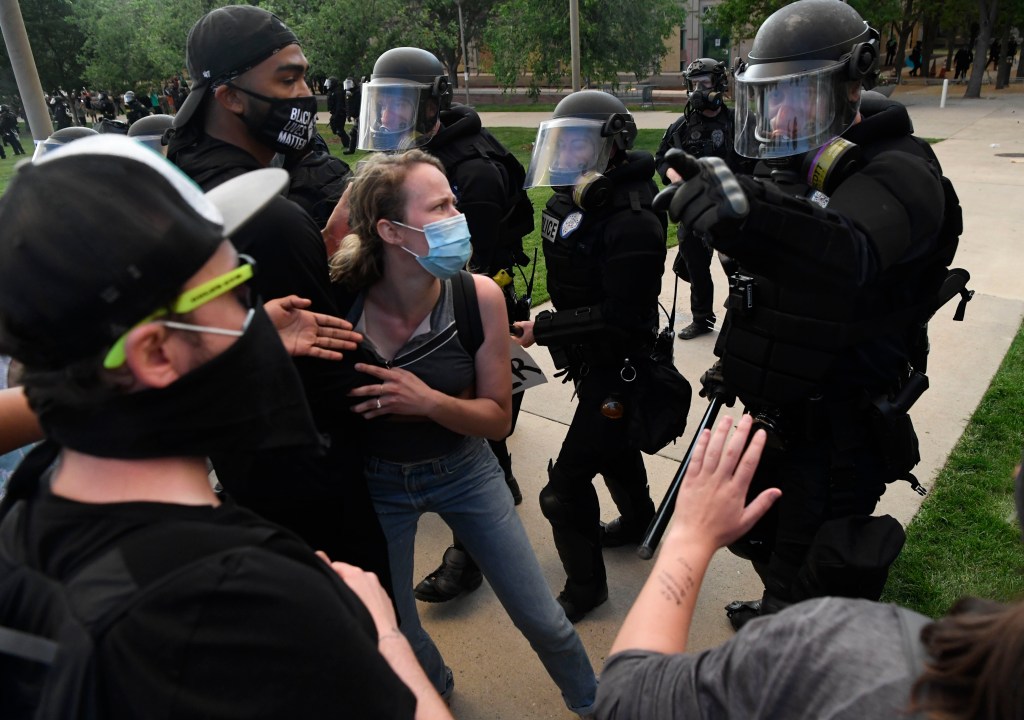 That edited video apparently failed to show the highway blocked, the fires started, rocks thrown, fence knocked over, and ignoring orders to disperse.

Looks like there is a perspective not covered in the media.

"The Aurora Police Department objected vociferously to assertions by 9News that "smoke" was used to clear protesters, tweeting, "Aurora Police Department did not use tear gas last night during the protest. The reports that we used tear gas are FALSE. Pepper spray was used after a small group of people gathered rocks/sticks, knocked over a fence & ignored orders to move back. Tear gas was not used."

The APD added that "three people were taken into custody for violating lawful orders after warnings were given."

No word about whether any of them was armed with a violin."

"Wilson blamed the escalation on a small group of agitators inside the larger, widely peaceful crowd. One man legally armed with a handgun also climbed up a wall and gained high ground on the officers and protesters, making officers nervous, Wilson said."