This weekend I got “shadowbanned” on Twitter. It lasted until my followers noticed and protested. Shadowbanning prevents my followers from seeing my tweets and replies, but in a way that is not obvious until you do some digging.

Why did I get shadowbanned?

But it was probably because I asked people to tweet me examples of Clinton supporters being violent against peaceful Trump supporters in public. I got a lot of them. It was chilling.

Late last week my Twitter feed was invaded by an army of Clinton trolls (it’s a real thing) leaving sarcastic insults and not much else on my feed. There was an obvious similarity to them, meaning it was organized.

At around the same time, a bottom-feeder at Slate wrote a hit piece on me that had nothing to do with anything. Except obviously it was politically motivated. It was so lame that I retweeted it myself. The timing of the hit piece might be a coincidence, but I stopped believing in coincidences this year.

P.S. The one and only speaking gig I had on my calendar for the coming year cancelled yesterday because they decided to “go in a different direction.” I estimate my opportunity cost from speaking events alone to be around $1 million. That’s based on how the rate of offers went from several per month (for decades) to zero this year. Blogging about Trump is expensive.

But it is also a system, not a goal


Update: Then they started leaving fake book reviews on Amazon to go after my book sales.

Clinton Trolls a ARE real!! 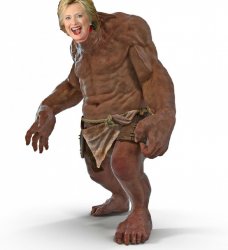 I don't understand gun owners using such a site as Farcebook. Supporting the anti's much?

fartgamer said:
I don't understand gun owners using such a site as Farcebook. Supporting the anti's much?
Click to expand...

I tried it years ago for a short time, didn't see the attraction or value.
B

I posted on Twitter until MDA banned me. They banned me because I posted facts that disputed their claims and I pointed out how they only told half the story, half truths, or only had catchy headlines that misled people. They then blocked me. I pretty much stopped using Twitter other than to bash Cuomo or Clinton periodically.

I use BS info on both those sights to be a creepy, sneaky lurker..anyways, someone at NASAs page didn't like my posts about how we could cure the Nations deficit and go right into surplus if we stopped funding NASA trillions of dollars for it's searching of habitable fucking planets 1000 light years away, as if that's gonna help anyone in the near future. While people driving to work fall through a bridge and die because our REAL WORLD infrastructure is 100 years old and made for horse and carriage. Then we watch the billion dollar rockets explode accidentally every now and again and it's like "whooops, let's try again" idiocy! Now I'm all agitated again, about this! Cut that funding totally and irrevocably and the thousands of thousands of scientists making 6,7 figures to study a star that will take a human 59 years to get to even if they had an idea how to. Take those peoples brains and employ them in real world issues, such as desalination ideas for unlimited water, different ways to use energy..anything!! Anything that can help the 350 million people that aren't dreamers..

anyway, back on to subject.. I get a Facebook email from a representative saying that someone reported me from my last post and that they say my username isn't real and against FB regulations. And if I didn't send my picture ID or private info to FB I'd be banned indefinitely! Ooohhh did I sure respond to them alright..I said"how dare you ask for my private information, this is the internet and anonymity is what's guaranteed and used by most. I forcefully explained that I was victim of rape and abuse and that they had no right whatsoever to be asking for me to use my real information so they can share and sell it Google!" That shut their asses up immediately. I received a very apologetic response and continue to use my bogus name as I will alllllll over the damn web!

Thank you for listening and goodnight!...drops mic