Taurus TX22 - the stories are true (it's great)

Picked up some new guns this summer - one of them is a Taurus TX22 (Glock 19-sized .22). I've been looking to buy this for a while - almost everyone says it's a damn good .22 pistol. After today I'm in agreement.

The only other .22 pistol I have to compare it to is the S&W SW22 Victory - but at 36 oz the Victory is more than double the weight of the TX22 at 17.3 oz. If you're going for absolute precision (and almost no recoil to speak of) the Victory might be what you want, but the Taurus is $100 cheaper. I found the TX22's grip to be near perfect for me - a slight undercut for the middle finger and good texturing. My model has a safety but it's out of the way so I don't even need to mess with it. (though you could 'ride the safety' like with a 1911)

The only mod I've done (so far) is to replace the front sight with a Tandemkross fiber optic front sight. From the factory it has a nice trigger; average of five pulls gives 3 lbs 4 oz. It doesn't feel that light, there is a wall but it's easy to press/pull through.

Brought some various .22 ammo today to shoot it for the first time, then decided to check accuracy.

50 rounds of CCI MiniMag Copper Plated Round Nose Target 40 gr
49 rounds of Remington Golden Bullets 36 gr - the 35th round had a Failure to Fire. I rechambered to try again and it still failed to fire. I'm guessing bad round as it is not the most reliable and I just had this ammo sitting in the basement outside of an ammo can.

Accuracy check was done at around .. 20 feet maybe? Still haven't thrown a new tape measure in my range bag after the last one fell apart.. I was going to be all scientific and clean the barrel between brands but forgot the bore snake. Oh well. I was also standing with no support (except leaning against a pillar) Full disclosure: I don't claim to be an expert shooter, and it also started downpouring right as I started the accuracy test... (see 2nd pic) 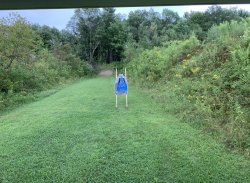 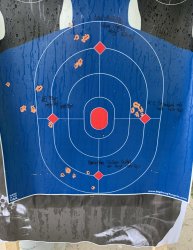 I'm glad it likes that ammo, I have... quite a lot of it. (I also have a lot of Remington Golden Bullets unfortunately...)

I may adjust windage a bit to the right to get it more centered - the front sight was covering the red diamond so next time I'll put the target at the top edge of the front sight. Sounds like elevation adjustment with the TX22 is questionable but I'll check for next time.

Nice analysis. I love mine. Haven’t had any malfunctions at all yet and I’ve run everything through it. I’ll have to check out that fiber optic sight.

Th TX22 is on my short list. I have a SW22 Victory but want something lighter.

I just bought my first 22 semi pistol a couple weeks ago(buckmark).cant believe all the fun I was missing out on.they have a co witness rail for a red dot,coming out soon.ill have to try fiber optics once I get it.the taurus looks awesome too!! 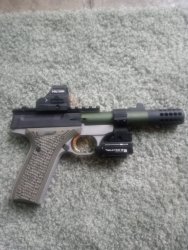 Good luck with it. I love shooting .22lr pistols. They are just fun. Unfortunately the only .22lr semi pistol i have is a Walther P22. I got the newer improved Q model, but its still a P22. I think your Taurus is probably better, but they are all fun to shoot.

I have 7 22LR pistols. The TX22 being one of them. I enjoy the gun very much. It’s a solid shooter, it’s accurate, decent trigger, feels good in the hand, 16 round capacity in free states. However, being a lefty (I know, i know. Obligatory lefty joke inserted here. Eat me!) it’s not the best. My thumbs ride right where the cases extract, I have had multiple failures to eject, caused by me of course. I have to change my grip when I shoot it, which isn’t a big deal at all, just need to keep it my mind as I shoot it. All in all a great pistol.

I've heard from a few people that they much prefer the Taurus to Glock's 22LR. Glad you're enjoying yours! Definitely want to add a semi-auto 22 pistol to my collection. The Ruger Mark or Browning Buckmark are on my list if I go for a target style or the Taurus or S&W M&P if I go polymer.

These are pictures I took of the storm when I was at the range. Taken 4 minutes apart - 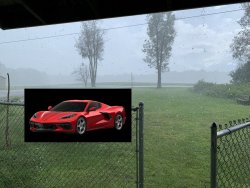 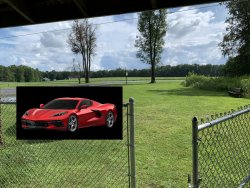 MikeyCNY said:
These are pictures I took of the storm when I was at the range. Taken 4 minutes apart -

I love weather it's totally fascinating to me

I had it set in my mind that my next gun was going to be a full size Beretta APX 9MM. Now reading this thread in really questioning if I "need" a .22lr pistol and this seems like a great choice... im really debating how to spend money now. Ufghhhh.

Drinkthekoolaid said:
I had it set in my mind that my next gun was going to be a full size Beretta APX 9MM. Now reading this thread in really questioning if I "need" a .22lr pistol and this seems like a great choice... im really debating how to spend money now. Ufghhhh.

If you don't already have a .22 handgun, then hell yea. They're great for training your fundamentals and low-cost plinking.

Xae289 said:
If you don't already have a .22 handgun, then hell yea. They're great for training your fundamentals and low-cost plinking.
Click to expand...