Judge Napolitano: Governments ‘Do Not Have The Authority’ To Mandate Mask-Wearing

Judge Andrew Napolitano said Monday that federal and state governments “do not have the authority” to mandate the wearing of face masks.

He said that the 10th Amendment to the Constitution reserves matters of public health and safety to the states, but even they lack the authority to mandate masks anywhere but state property.

“If a person is known to be contagious, the state could require that person to be quarantined or wear a mask, but anything short of that, the state cannot interfere with that person’s freedom of movement or freedom to wear or not to wear a mask.

Napolitano said that “force of public opinion” could do “what the law cannot do” if the vast majority of people in an area shame those not wearing masks.
“But in terms of police stopping you on the street or giving you a summons or a court imposing a fine, absolutely not,” he concluded. “First of all, these mayors and gubernatorial edicts are just suggestions. They are not the law.” 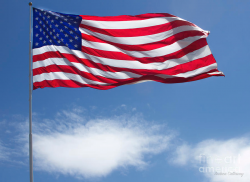 Moot because most places comply for status quo and nothing can be done about police enforcing these "suggestions".

The strategy the states have chosen (extortion of business owners to force them to enforce policies that the government doesn't have the authority to enforce itself) has a long tradition in the annals of government overreach.

It's popular because it works.

"the businesses have the right to require you to wear a mask, and since we license the businesses we can coerce them into doing so"
H

But as an individual , You cant make people wear them

We have "Mask Shaming" Karens all over! aka Soccer moms. These bat shit crazies with their big mouths need to be dragged around by the hair for a while like in the cavemen generation!
H

I know, I have personally met them, Lovely group. Im harassed daily by people I never saw before in my life. many times by the health police that that make minimum wage and want to order me around.

They try to educate and Karensplain to me on the dangers of covid, and point out how ignorant and selfish I am.

One of my newly far left liberal niece's friends made a comment on facebook.
My niece was saying how horrible people are for not wearing masks. However, being newly far left liberal, all her friends brought up the point that the government cannot force you to wear a mask....its against your rights.
She said "your rights are fine, but you dont have the right to put my health at risk".
I informed her that no such right exists.
Her response was "I wish I could shut comments off on this post like I can on my facebook groups".
The lefties are training her right.
H

You put your health at risk when you leave your home period. The world doesn't owe you anything.

Worried about your health? Wear a mask. Worried about getting infected? Stay home.
Don't like me not wearing a mask? Stay away from me.
Afraid of public surfaces? Wear gloves or use hand sanitizer.
If you do all you want to protect yourself, you'll be just fine.
We're talking about defunding police, so let me ask. Who the fuck is going to join the "Mask Police", who is going to pay for it, and which jail am I going to for not wearing one?

Where's the resident mask expert to chime in? Lol... 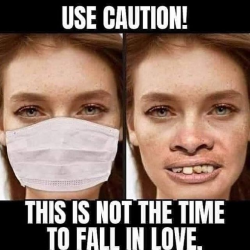 No but no damn store in my town will let me in without one.

Defilade said:
We have "Mask Shaming" Karens all over! aka Soccer moms. These bat shit crazies with their big mouths need to be dragged around by the hair for a while like in the cavemen generation!
Click to expand...

As Bear Bryant said .... The best defense is a good offense.

I've had fun recently using tacts I used long ago at airports when the weirdos with flowers used to get too close ...

Aggressively curse at the grieving Karen in Farsi with alot of exagerated hand gestures. I doubt they ever understand ... but they quickly shut up, apologize, and scoot away.

I also found that with wide eyes and giddy enthusiasm if you ask them " Have you heard the word of the lord .... our lord and master loves you ... what is your name dear daughter " .... they can not get away fast enough.

There are a few more but are too politically incorrect to share on this forum.

Steal2B said:
There are a few more but are too politically to share on this forum.
Click to expand...

Too politically incorrect for *this* forum ?

They've *got* to be good

if he is a Judge he would still be on the bench ..

So his job is to state the obvious?