Judicial Watch Uncovers Email Between Clinton Lawyer David Kendall and FBI Lawyer James Baker Same Day FBI Was Forced to Re-Open Investigation…
A lawsuit filed by Judicial Watch has unearthed an email [full pdf below] from Clinton Lawyer David Kendall to FBI chief legal counsel James Baker on the day the FBI was forced to re-open the Clinton email investigation due to the Weiner laptop.

With the passage of time the inherent issues have become somewhat clouded, and most people have forgotten many of the inherent issues that showcased how the FBI and DOJ had decided in advance not to prosecute Hillary Clinton. However, the key takeaway from this latest FOIA finding is that Clinton lawyers directly contacted the FBI team that was investigating the Weiner laptop. (Note: read email chain bottom to top)

The Weiner laptop emails were originally discovered by New York investigators and reported to the FBI office in Washington DC on September 28th, 2016. However, the FBI never took action to review the emails until a month later on October 28th
It was DOJ officials within SDNY (Southern District of New York) who called Main Justice (DOJ in DC) and asked about a needed search warrant a month later that kicked off the review.

Let’s look at the Page/Strzok messages and remind ourselves of what was going on.

According to the September 28, 2016, messages from FBI Agent Peter Strzok it was the SDNY in New York telling Andrew McCabe in DC about the issue. Pay close attention to the convo:

(pdf source for all messages here)

The SDNY then called the FBI Mid-Year-Exam team in Washington DC, FBI Deputy Director Andrew McCabe was notified, and then nothing happened for over three weeks.

On October 21, 2016, a phone call kicks off additional inquiry. This is the call referenced by James Comey in the Bret Baier interview.


This scandal is just too big and too complicated for average citizens to absorb and appreciate, and too much for just one movie, as “All the President’s Men” basically told that story.

We will need a 12 week mini-series, with handouts and episode summaries, to follow the outrageous details. And all Americans NEED to understand

No way the FBI is corrupt along with the DOJ and the rest of the Gov tooooo.

It exists, it's in the SWAMP.​

This is not remotely unique and I don't see what's so surprising but maybe I'm reading the emphasis into the wrong part of the story.

When you are working on the defense side of a criminal case you DO NOT deal directly with the FBI (or local cops). You deal with the government attorneys.

Ex parte communications with the law enforcement officials (other than the government lawyers) can potentially cause waiver of privilege as well as a host of ethical issues and any attorney who did it should have their license revoked immediately on the grounds that they're too stupid to practice law.

PS plus if you can negotiate to turn over evidence it's generally better to do so than to get a subpoena and/or a bullshit, headline-grabbing raid.

Now nothing. As it was before.

Everyone back to the Russian collusion channel.

There is already enough crap out there to put the Clintons, their inner circle, the top echelon of the FBI, Justice department, the IRS, and more in the Department of state in jail months ago. So while Trump has virtually no one defending himself but himself through his tweets, big media, hollywood, the socialist democrat party and half the republicans have the biggest megaphone on the face of the earth that prints and airs lies about him on a daily basis.
Show me something is being done in an official capacity!
Robin 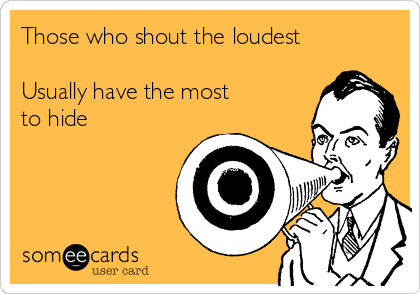 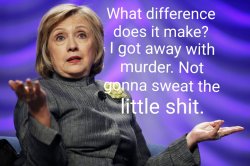 She could behead, disembowel, and consume the corpse of a 4 year old child at the superbowl halftime show and no one would bat an eye or charge her with a damn thing. She'd probably get a hundred job offers and an offer to write a book.

Carlos Hathcock said:
She could behead, disembowel, and consume the corpse of a 4 year old child at the superbowl halftime show and no one would bat an eye or charge her with a damn thing. She'd probably get a hundred job offers and an offer to write a book.
Click to expand...

Well, hell if she did all that I know *I'd* be morbidly curious to read it.
L

Ex-FBI official McCabe speaks out, comes under fire from both Trump and DOJ

These guys conspired to commit a coup d'etat. This is treason, and the media is complicit. Where is the effing outrage!!!!! WTF!!!
Robin

Barr has his work cut out for him.
If he’s not dirty.

I want to see these traitors tried and executed

redtail said:
Barr has his work cut out for him.
If he’s not dirty.
Click to expand...

He listed his priorities and all this deep state traitorous activity wasn't even mentioned. He sounds like the Keebler elf. Just another Bush progressive.
Meanwhile..............
Alan Dershowitz: Ousting Trump via 25th Amendment is ‘clearly an attempt at a coup d’etat’
Robin
You must log in or register to reply here.
Share:
Facebook Twitter Reddit Pinterest Tumblr WhatsApp Email Link
Top