Yuh-Line Niou, who represents lower Manhattan in the state Assembly, had an unpleasant experience getting off the subway at Bowling Green the other day.

“I was just threatened,” she wrote on Twitter Tuesday morning, “by several of the ‘Statue of Liberty ferry’ ticket sellers who were blocking entry and exit from the train.” These hawkers are notorious for preying on tourists around the Battery, even going so far as to “sell” tickets to the Staten Island Ferry, which is free to ride.

Assemblywoman Niou reported her harassment to nearby NYPD officers, who “did nothing even when they were watching,” she complained on Twitter. “I went over to tell them, and they said that the city is choosing to doing [sic] nothing. They literally said, ‘Nobody cares. The city doesn’t care.’” Shocked by this disregard for maintaining public order, Niou identified herself as an elected official, but this, too, made no difference. “They said that the city doesn’t care. @NYCMayor told them not to do anything.”

Niou thus faced what many New Yorkers increasingly encounter on the streets and subways of our city — creeping disorder, antisocial behavior and a prevailing sense that “the city doesn’t care.” She was verbally assaulted — in vulgar terms — by scammers blocking pedestrian traffic, and the police stood and shrugged. We can only feel pity and anger for her plight.

Except Yuh-Line Niou has — ironically or not — campaigned, supported, and voted for all the policies that have led us to the point where aggressive, ugly and even criminal behavior is tolerated in the name of social justice.

Niou has been the subject of glowing profiles in Vogue and local media. Identified as “part of a coterie of young lawmakers,” Niou has been tagged, along with new Sens. Alessandra Biaggi, Jessica Ramos and Julia Salazar, as a fiercely progressive legislator aiming to push extensive and radical criminal justice “reforms,” among other priorities.

For instance, in her most recent constituent newsletter, Niou applauded the Legislature’s recent elimination of cash bail for most crimes. “Our current criminal system is deeply flawed, perpetuating racial bias,” she wrote. Niou endorsed Tiffany Cabán in her bid to become Queens district attorney. Cabán favors the total elimination of cash bail in all cases, promises to seek minimal prison sentences for violent felons and wants to decriminalize prostitution across the board.

Niou herself has sponsored a bill to repeal laws “relating to loitering for the purpose of engaging in a prostitution offense,” but she doesn’t think simply ceasing to arrest “sex workers” is enough. Decrim NY, a pro-prostitution group Niou supports, argues that “taking away our clients would mean taking away our survival” — and thus only full legalization of the sex trade is acceptable. In other words, she wants to legalize and even empower the social pathologies and forms of sexual exploitation that radiate disorder in the community.

The progressive vision of New York City that Niou and her colleagues envision simply doesn’t include prisoners. She wants Rikers to be closed, opposes the construction of a borough jail in her district and actually doesn’t want any jails built to replace the ones we close. “Close rikers. No new jails. Change our criminal-justice system,” she tweeted a few hours after her encounter with the thugs at Bowling Green.

Nother reason not to go to the shitty!

It is about time one if these fucks started looking around and seeing how bad the city has gotten and how the police just sit and watch.

I saw a transit (or do they call them something else now) cop just sit in her car and watch rather than stop a homeless guy blocking the buses going into the port authority.

The only part of this story that scares me is why was this bitch near the Staten Island Ferry? We don’t want you here you fucking psycho!
O

It must be hard going through life retarded.
T

I think its perfectly fine for legislators to get hands on experience of the consequences of the laws they make and their virtue signalling. In fact I hope one of the criminals released via any of these legal/criminal reform laws goes on a crime spree against everyone that voted in favor of these bills.

kev74 said:
It must be hard going through life retarded.
Click to expand...

"Life is harder when you're stupid."
- John Wayne

BDinPutnam said:
"Life is harder when you're stupid."
- John Wayne
Click to expand...

"Fat, drunk, and stupid is no way to go through life, son."
- Dean Wormer 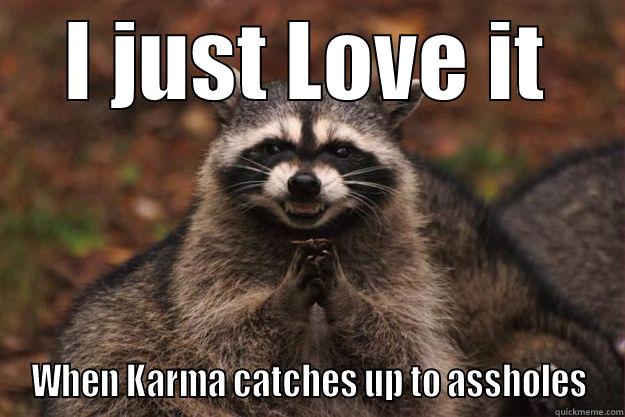 I read that and honestly thought it was from fake news site like the Onion. Karma, ya gotta love it!

"Liberal" policies corrupt and rot societies. They are destroying western civilization and we are just letting them.