Starting a "What did you Get today" thread. Let's give it a try (dont forget pics)

Just like the title suggests, a fun little thread maybe for those super fun gun related (or even not gun related I guess if it's got you all excited) to even some good deal on something boring or what not, ie new guns, new toys for guns, all tha jazz.

So for the longest time my biggest issue with my CZ P-07 is magazine availability and cost (something like $48 a pop) well they have come down in price to about $43 each for the 10 rounders. Still a bit pricey.

Here is the P-10c magazine

Love their stuff. I have gotten 2 stripped uppers from them, both blemished but I am not sure where lol

Well not today but a couple days ago I finally bought a better spotting scope, 20X60-60 Vortex Diamondback. I like it but I think I should have splurged and got the next size up. I might call Cabela's and see if that would be OK, if so I'm driving back out there tomorrow.

Got a sore back from spending 4 hours on the cold ground yesterday prepping the bottom of my boat.

I picked up some plastic storage containers from wally world for empty rifle and pistol brass.
A 500 round pack of 22lr Remington thunderbolt $21.99 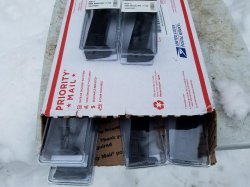 nortatoga said:
Not today, But my most recent purchase from a week or so ago 10 S&W MP 10rd mags from 44mag.com for $13.00 each with $5.00 shipping! Hoping that Ruger or some after marketer make a MP mag well for my Ruger PC9!

God I wish my mags were that cheap.

Location
Where the hills have eyes

nortatoga said:
Not today, But my most recent purchase from a week or so ago 10 S&W MP 10rd mags from 44mag.com for $13.00 each with $5.00 shipping! Hoping that Ruger or some after marketer make a MP mag well for my Ruger PC9!

Nice to see the USPS put to good work.

Traded a couple flintlocks for projects in the works, a Tennessee Mountain rifle and a 1780's Fine English Fowler.
Robin

So stupid mail hasnt arrived yet (I think it gets here around 130 or 2ish anyways) I have some Tango Downs Vickers base plate (m&p) and the 5 pack of them should be here today.

So hoping that when they show up that they fit both my two P-07 magazines and two P-10c magazines (they are almost exactly the same other than a cut out and the base plates) then function test.

we getting rid of you again?

I have two lock n load presses so the pistol primer tools are on the pegboard on the left side of the loading bench behind the pistol reloading press
And the rifle primer tools are on the pegboard behind the rifle press.
I put a whole 100 pack of primers in the hand tool and just leave the ones I don't use in the tool for next time instead of putting them back in the box.

Tomorrow I am buying four parakeets and the cage for $75 to keep me company up in my gun room.

Took the 20X60-60mm Diamondback and returned it, they had this one, Viper HD in 20X60-80mm marked down enough that I went for it. Much brighter, very pleased with it. 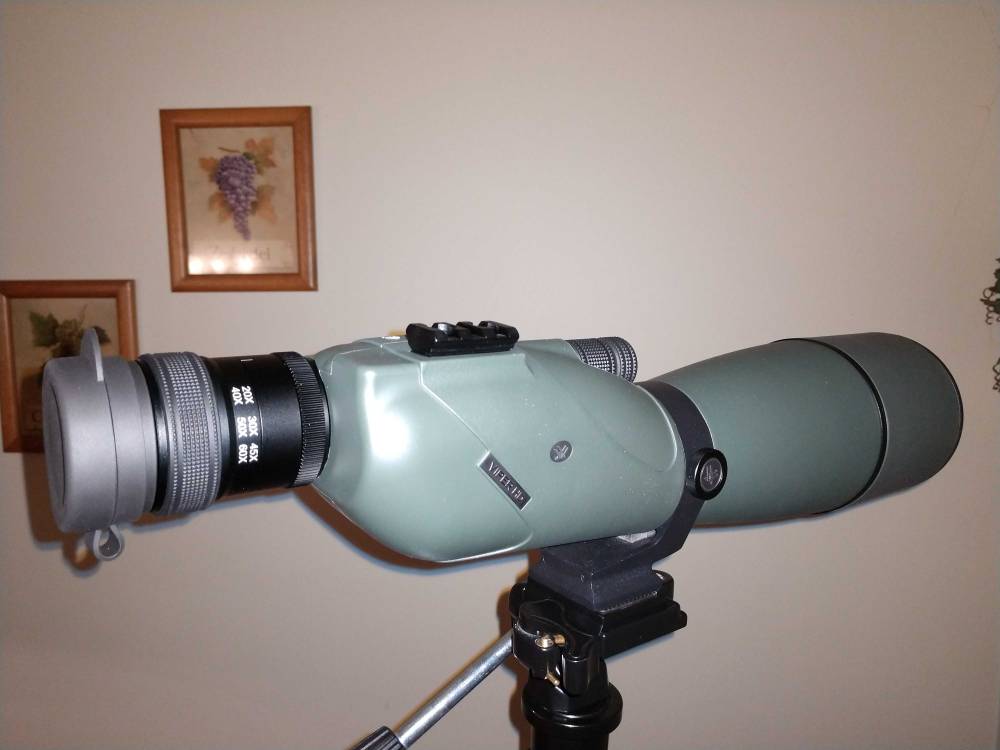 Anyone have any 38 S&W brass? Need to turn the rim down to make loads for it. 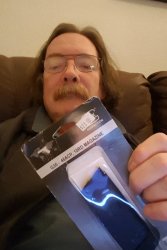 Went to a gun show in Clinton country today (yes country not county). My son and I drove over to the fairgrounds just outside of Hot Springs, AR to attend a gun show earlier today. Small show, maybe 125 - 130 tables. Lots of overpriced guns and ammo just like the shows in NY. I picked up this Glock 30 mag because I brought along my Glock 30 and only had the two original mags, with me, for it. I ordered three mags before I left NY on my road trip to AR but as my luck would have it they arrived at my house the day after I hit the road. Anyway, now with three mags we can have a little fun at the range, with the Glock 30, next weekend.
Last edited: Mar 18, 2018

My new mags came in friday. I'm not fully ready to compete with my G22 in 9mm in the spring. It's going to be a long couple months to wait for the league to open. 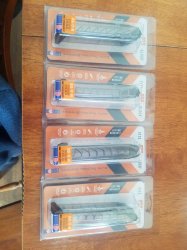 
And by that I obviously mean Various Downloads (PDFs) that will allow me to add the latest two pistols I have in waiting on to my permit.

Working on it, lol.

I did get a nice pile of firewood done and into the shed.

bought a CMMG lpk for a AR308 off of another local dude today. heres to hoping these ones are in sepc with the dpms platform.


And by that I obviously mean Various Downloads (PDFs) that will allow me to add the latest two pistols I have in waiting on to my permit.
Click to expand...

Almost missed that last line. Was going to say, since when are you into chicks?

I picked up 18 boxes of Winchester 9mm NATO, 124 grain, FMJ ammo today from Bass Pro Shops in Little Rock, AR. It would have been 20 except for the fact I already bought three boxes last Friday and still had two left. They were $10 each plus tax for a total of $10.90 each. Not bad for an in store price, in fact that was excellent. 'Such a deal, don't be a schmuck - buy another case' is what a little voice in my head keeps urging me to do.

(PS how come sometimes if I add a photo from my phone it is in line and sometimes a file?)

Yay! Finally found this!!
I bought this last evening: 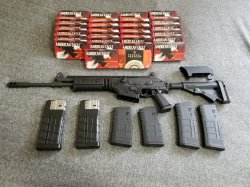 Galil Ace 308 NIB with everything pictured for $1800! Eighteen freakin' hundred bucks! How could I turn that down?! Seller said he paid over $2500 for the whole package. Wanted to buy a SCAR off his buddy he said. I have little interest in unicorn guns like the SCAR that take expensive unicorn mags.
Last edited: Mar 30, 2018